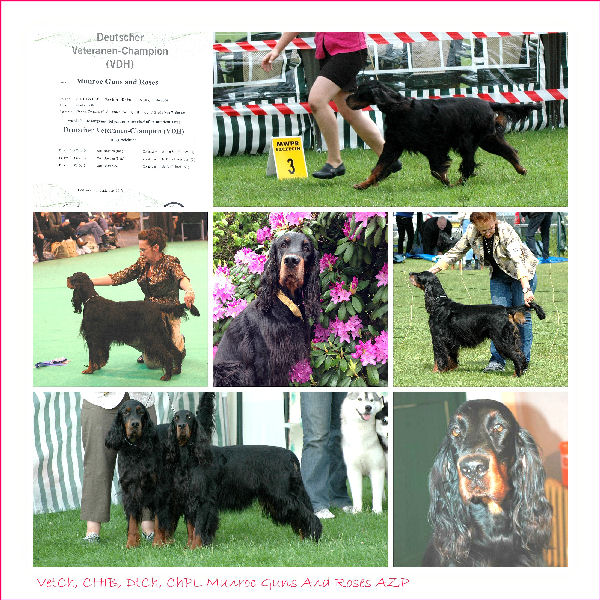 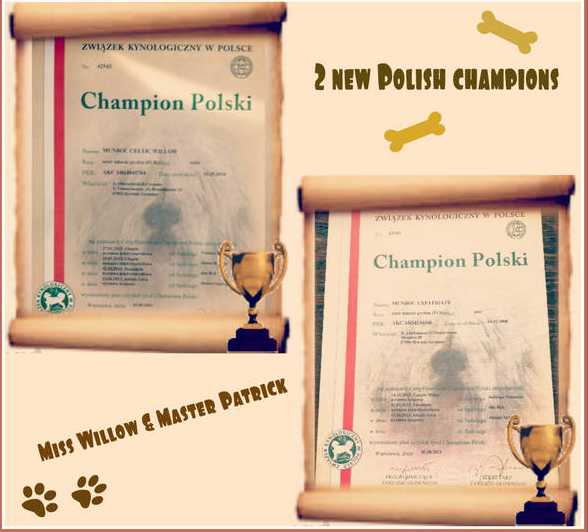 It was big pleasure to meet, meanwhile close friends the Timm family the owners of  DtCh, ChPL Deveron Who Laughs Last

Skipper and I  had a great time in the European show rings and I finished him with his German and his Polish Championship. Getting to know him so closely and always appreciated his temperament ended up with the decision to mate him to our beautiful Amber. So far it was his only stud in Europe and we are glad to have got a number of lovely off spring from him. So Skipper is Shadow’s grandfather on the mother’s side. 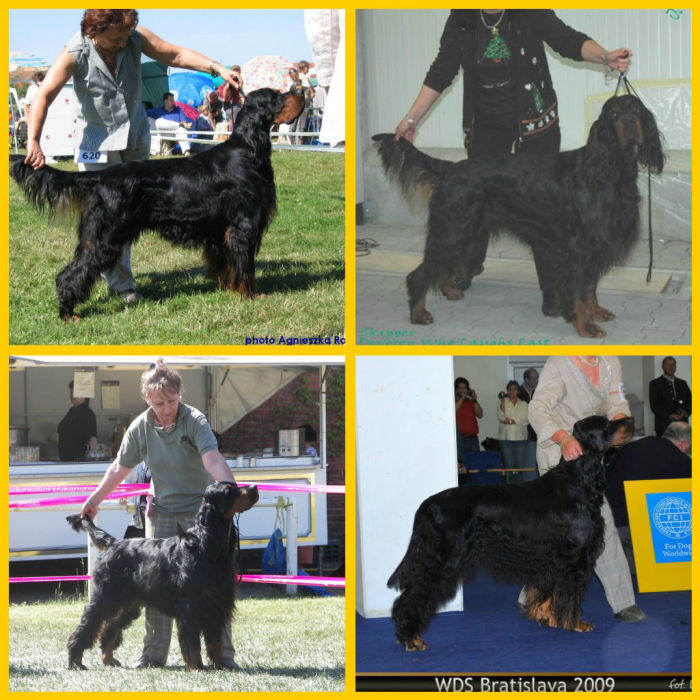 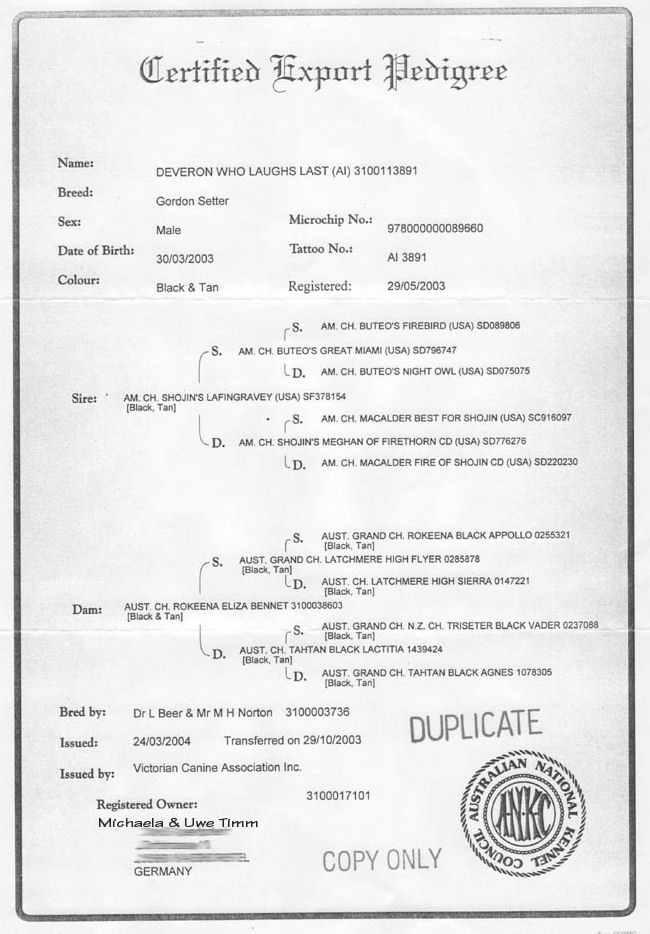 In the last years I also have had a number of opportunities to handle some very lovely Gordons  2005 & 2006 Started and finished CH Warchant Pandora  with her Polish Championship. We won the first ticket in the intermediate class and finished the year later. She was always great fun to travel with. Below are 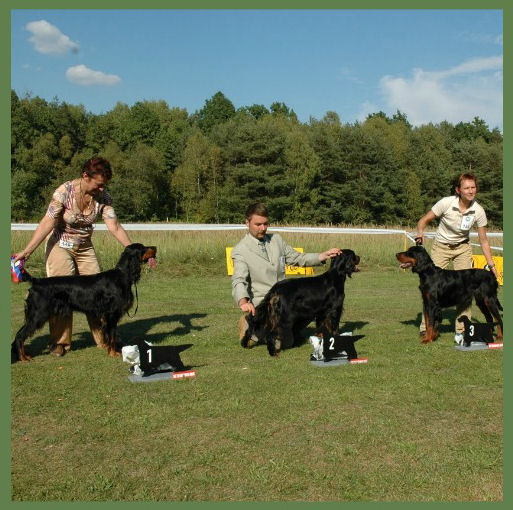 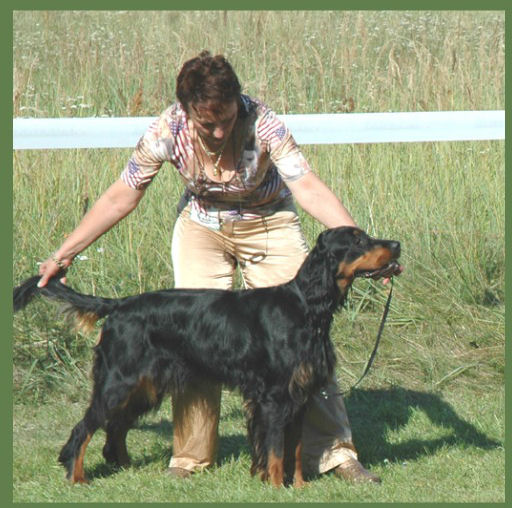 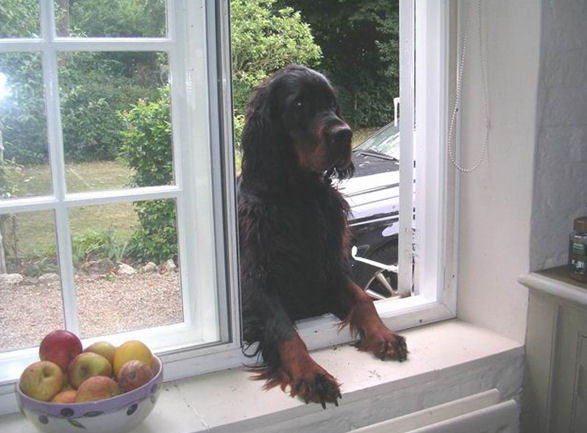 He is doing so well in the showrings.

to his owner Anja, that I have been allowed to show him towards his

Polish Champion and finishing his German Championship, as well as

handling him successful at Crufts

Glen through the years …. 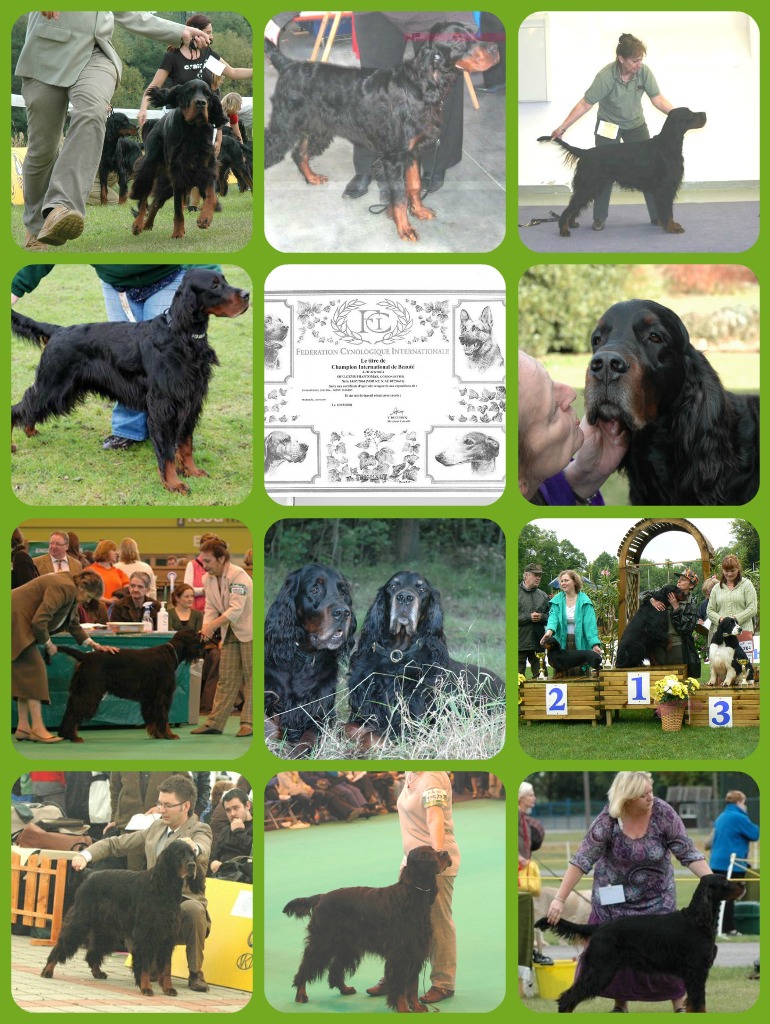 Glen till now never did any wrong step, he is the most gentle temperament I ever meet in Gordons. He and Skipper only used to travel together for long distance show rides, they end up cuddling after a minute. But please do never forget to feed him at 18:00 h

Hunter’s daughter Rose ‘IntCh(FCI),DtCh,ChPL Munroc Guns And Roses, AZP’ was coming back to the family in 2006. She spends her time at the kennels in Gandow, living in the household of the kennel Manager. She and Caitlin are named  ‘witches of the kennel’ They never get separated as both have always been a great team as well as they train all our youngsters a great dogs behaviour.  Rose finished all her titles within the minimum period of 1 year and 1 day. It is still great fun to go out with her into the show rings. What a girl power. And as the most of the family members she is an excellent water dog. 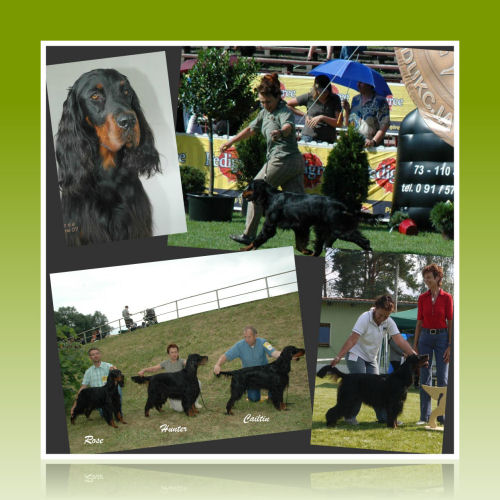 Thanks the judge Mrs. J. Osborn for her lovely critique 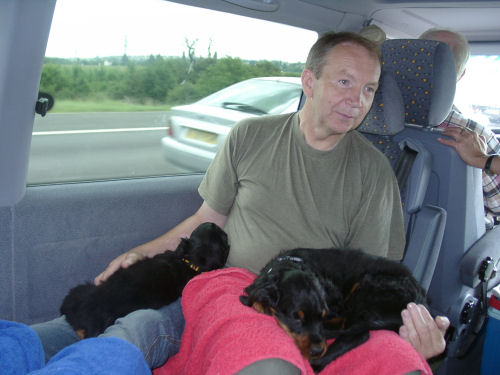 Caitlin is owned by our friend Richard. He is as well the Kennel Manager in Gandow. Richard handled all of the kids for their hunting trials, we meet him already  with our old boys George and Hunter and till today he is our Setter whisperer. Caitlin’s show career started in puppy class and we still take her out from time to time, meanwhile as a Veteran. 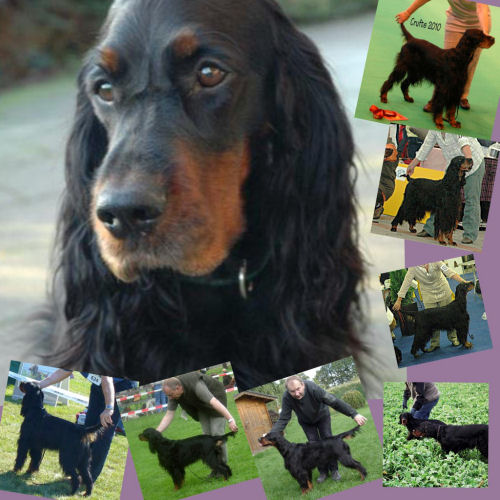 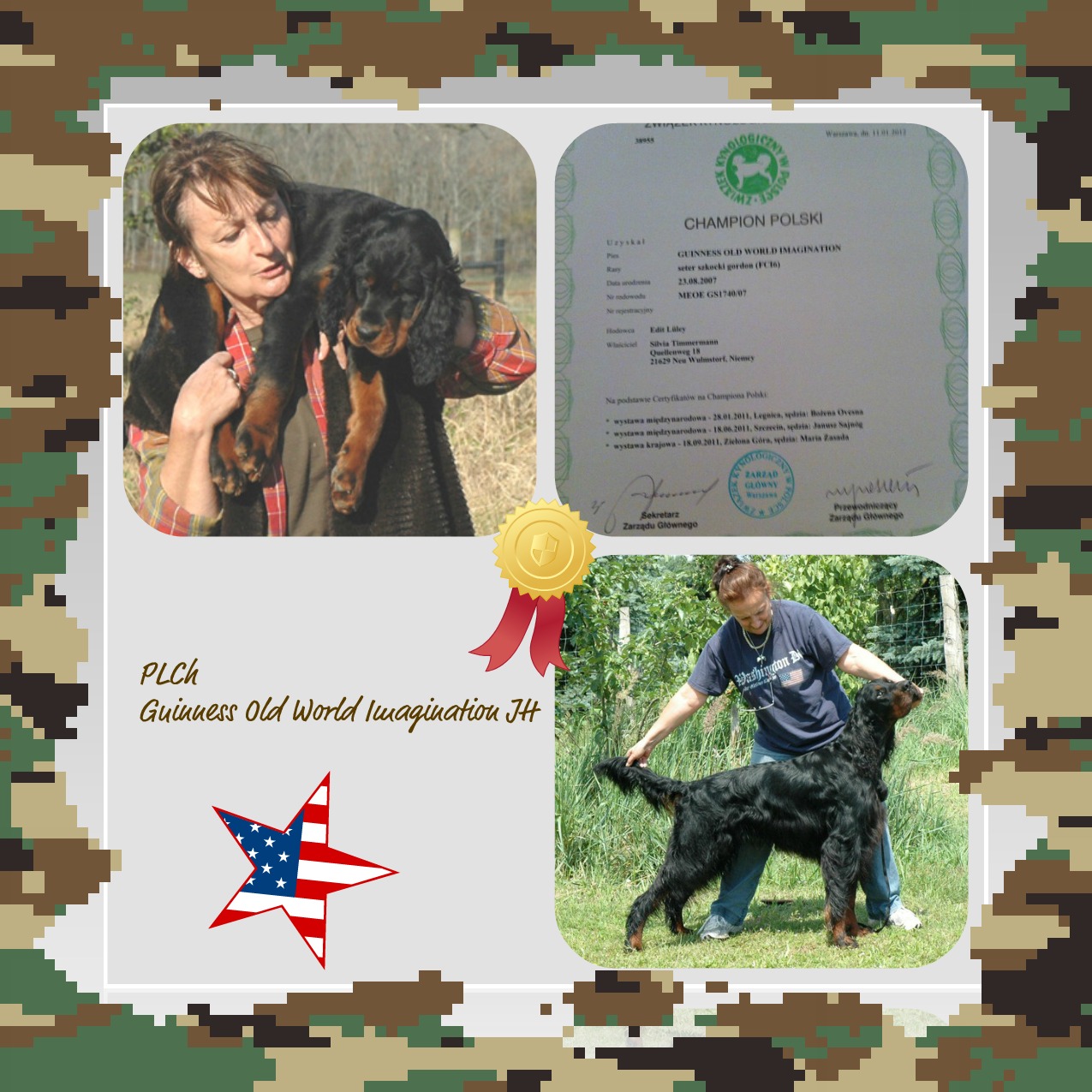